May 2019 Issue of The PCLinuxOS Magazine Released 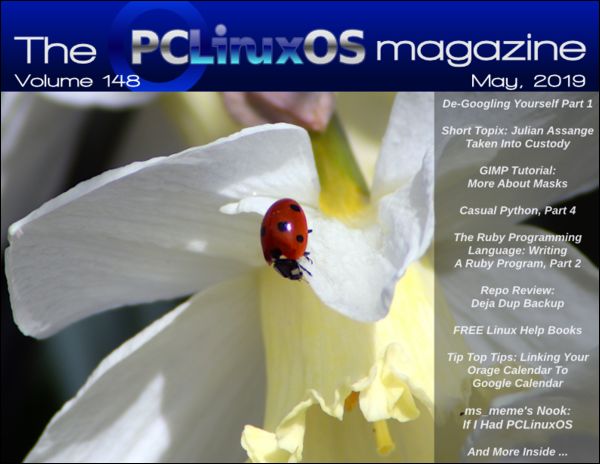 This month’s cover was designed by parnote, with the cover photo by YouCanToo.